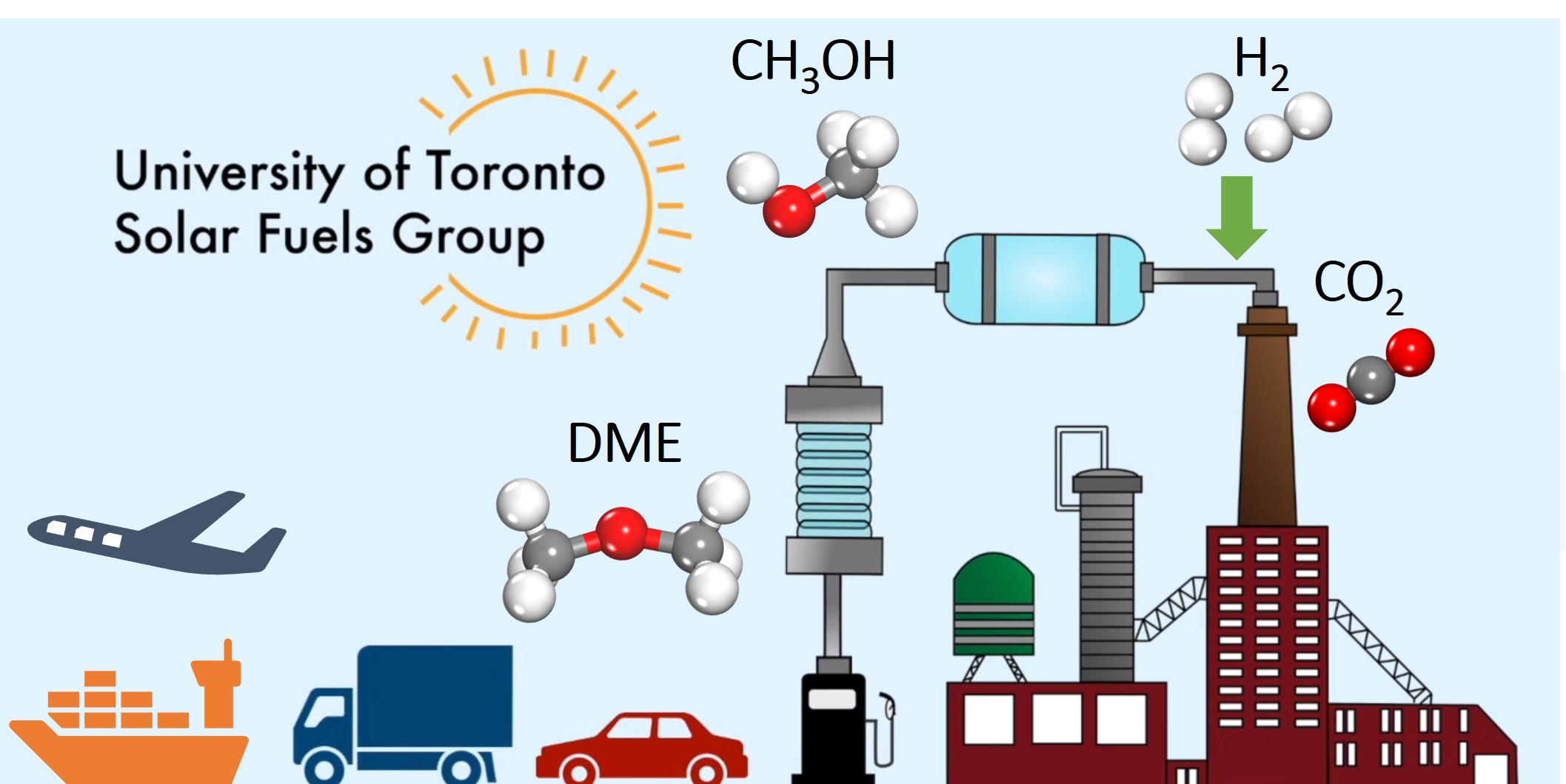 There is a worldwide effort to achieve the IPCC 1.5-degree global warming target by the end of the 21st century. To this end, the major power generation, industrial, and transportation sectors of our economies are undergoing a transformational decarbonization process enabled by renewable energy, electrification, and carbon capture, storage, and utilization.

It is anticipated that half of the primary global energy usage will be supplied through renewable sources, and electrification will reduce more than 50% of carbon emissions in the industrial and transportation sectors by 2050. However, it is challenging for diesel powered marine, trucking, and aviation forms of transportation, to embrace the “renewable + electrification” scenario because of their energy intensity for long distance travel devoid of midway charging.

The UofT solar fuels group and its spin-off Solistra, www.solistra.ca, have been working for more than a decade on novel photocatalysts for converting CO2 to sustainable methanol, hydrogen, carbon monoxide, methane, olefins, ammonia, and urea, powered only by sunlight. Recently they have turned their attention to green dimethyl ether, a clean replacement for diesel fuel.

The motivation for our work received inspiration from the interest of Ford in renewable, high energy-density, drop-in fuels, dimethyl ether DME and poly-oxymethylene ether OME. These green replacements for brown diesel can be synthesized from renewable methanol, which can be produced from biomass, municipal solid waste, and waste plastics via gasification and syngas conversion utilizing recycled CO2. With the invention of several outstanding solar methanol catalysts, the UofT solar fuels group has begun to focus some of its efforts on solar DME and OME.

To place our work in perspective, Ford leads a North American consortium that focuses its research and development program on renewable, high energy-density fuels for diesel engines. Global renewable energy sectors, academia and research institutions in North America and Europe are developing drop-in DME automotive fuels produced from various renewable feedstocks. We are excited that the UofT solar fuels group has been and will continue to contribute to this effort by exploring the direct-solar-powered conversion of CO2 to methanol, DME, and OME.

The U of T Solar Fuels Cluster is an interdisciplinary research team devoted to developing scalable, cost effective materials solutions towards using CO2 as a chemical feedstock for valuable products. Leveraging the expertise of some of Canada’s leading chemists, engineers, and material scientists, we hope to initiate a paradigm-shifting zero-emission CO2 economy.

Nanochemistry is at the beginning of the nanomaterials food chain and is the driver behind much of nanoscience and nanotechnology today. Nanochemistry has and continues to deliver revolutionary nanomaterials to the physics, materials science, engineering, biology and medical communities. Today there is scarcely any important application of scientific 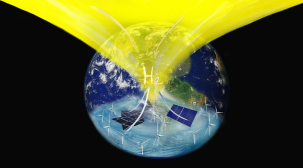 and technological expertise that will not be transformed in some fundamental way by nanochemistry in the near future.

A small sampling of where nanochemistry is touching our everyday lives includes:

The limits of nanochemistry are no more and no less than the limits of human imagination. In short, no technology stands more at the threshold of producing radical new solutions to potentially catastrophic meltdowns in areas as diverse as climate change, the growing population and the looming food and water supply chain problem, human health and safety, the production of cheap and clean energy, and much more.

In what follows a five year program of multidisciplinary collaborative research is described that focuses attention on expanding and enriching three recent nanochemistry breakthroughs in our laboratory that provide a springboard for innovative fundamental research that crisscrosses the borders of nanoscience, nanoengineering and nanomedicine and which could ultimately lead to novel nanotechnologies: 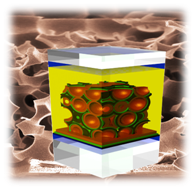 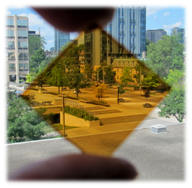 2. Artificial photosynthesis – carbon dioxide recycling to solar fuels – research into the science of solar fuel materials to enhance the efficiency of the transformation of carbon dioxide and water to methane and methanol using nanocrystal based photocatalytic solar converters – a brand new and natural solution to the greenhouse gas problem facing humankind – this work is considered to be the only magic bullet for simultaneously resolving, at globally significant scales, the interrelated energy,  greenhouse gas and population problems that humanity faces today.